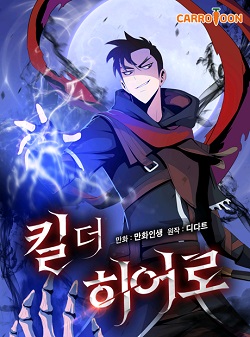 One day, the world transformed into a game.
’Dungeons’ and ’monsters’ emerged in the middle of cities, and ’players’ who had received the gods’ authority appeared.

Se-jun Lee, the guildmaster of the Messiah Guild that would bring salvation to the world.
"Let us save the world together. Let’s put an end to this nightmare."
The whole world celebrated the hero’s appearance,
And I became his comrade.

He wasn’t a hero nor a messiah like the world was hailing him.
He was a deceitful hero with the secret ambition to rule the world.
"You did well. If it weren’t for you, I couldn’t have come up till here."
I lost my life at his blade in the last dungeon.

The announcement I heard next to my ear the moment I died.
[Starting the game.]
I returned to the past, back when I still hadn’t awakened as a player.

12
Do not forget to leave comments when read manga
Send